If you’re looking to purchase a new high definition TV, LED televisions offer a mix of high quality image at a surprisingly reasonable budget. For our top rated LED TV list, we’ve scoured the ratings to offer up four very different models, each of which meets specific needs. Which one works for you will really depend on you: your budget, your TV activity (gaming, movies, sports, and so on), and what features you value, including 3D capability, internet readiness, and other factors. Examine our picks, then do your own research and find the model that fits your needs. 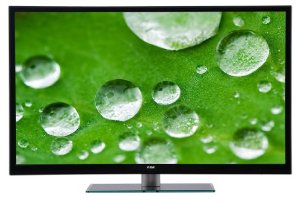 [ezcol_1half]PROS
This TV is a pretty good choice for anyone who need basic-featured TV in their living room or bedroom with medium size. The design is sleek with swivel stand to make it more stylish. The price is affordable for 42-inch TV. This lightweight TV is also easy to setup and adjust[/ezcol_1half] [ezcol_1half_end]CONS
But unfortunately, some customers complained about the sound quality. Actually it’s not that horrible, it’s just not so loud, since the speaker is under the frame. You might need home theater system or additional speaker to make it better. It also doesn’t come with some fancy features such as 3D Technology or Internet Apps for more entertainment.[/ezcol_1half_end]

RCA is one of the industry leaders in combining affordable pricing with a high level of image quality. With at manufacturer’s suggested retail price of $449.99, this 42 inch model is the least expensive television of the top rated LED TVs on our list, but it still manages to provide rich color from a wide range of viewing angles and full 1080p video, meaning it can play BluRays, HD TV, and current generation video games at full capacity. Don’t expect many frills on this model, though. It’s not 3D capable or internet-capable – but for a functional television with a beautiful, crisp image, this is one of the best. 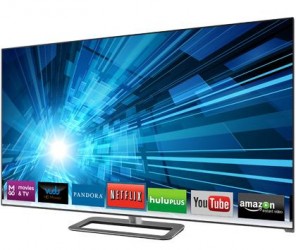 Vizio’s M551D-A2R retails for $1,165, but that represents a truly impressive value for this television. It’s one of the most fully-featured models on our top rated LED TV list. This 55-inch LED television, which is 3D-capable and comes ready out-of-box to provide 3D television to 8 people. It also provides other features, such as Vizio’s Internet Apps Plus, which offers instant access to Netflix, Amazon Instant Video, and a number of other services, all easily accessible from your TV remote. It also has a clean, stylish appearance 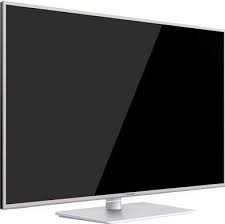 [ezcol_1half]PROS
Display resolution is superb, crisp, clear and amazingly sharp
Built-in subwoofer, it sounds great
Very nice, sleek, pretty design
Tons of apps
TV uses very little energy[/ezcol_1half] [ezcol_1half_end]CONS
TV is very heavy
Power cord is too short, very annoying, about 5′ long.
Remote is horrible all the way around. It is uncomfortable to hold and has an unnatural feel to it[/ezcol_1half_end]

Panasonic has long been a leader in the plasma television technology, but this 55-inch television represents a bold and confident move into the LED television market. With a contrast rate of 13118:1 and a refresh rate of 120Hz, this provides crisp, rich images and very little motion blur after-effects. This is true in both its standard 2D mode and its built-in 3D mode. It also comes with two sets of 3D glasses. If you’re planning on using your television to access web apps, this is an ideal model. It’s also an impressively fully featured television, with built-in wifi and a range of web apps preloaded, including Netflix and YouTube. $1,600. 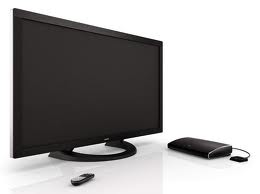 This is truly the Cadillac of home entertainment and for sure it deserves his place on our top rated LED tv list. It’s a massive screen at 55 inches, and the picture doesn’t disappoint. With a native resolution of 1920 x 1080 pixels and an average contrast ratio of 5532:1, it’s one of the sharpest, clearest images out there. And, as you might expect of a home entertainment system made by high-end audio manufacturer Bose, its sixteen speaker subsystems and high-end audio technology provides a powerful, rich sound. However, it’s not cheap, with a price tag around $5,000.