Posted by: hightechreports in Gaming, LAPTOPS

Trying to find a high-quality gaming laptop under 1000 bucks used to be a real problem.

Most of the gaming laptops out there at this price point weren’t capable of powering through the latest and greatest games of their generation, but also had serious problems with overheating and low battery life.

Today, nothing could be further from the truth.

Not only are there a lot of gaming laptops under 1000 dollars being sold today, but they are also some of the best systems money can buy.

Filled to the brim with advanced hardware (including powerhouse discrete graphics unlike anything else we’ve ever seen), you’d have to be at least a little bit crazy not to consider some of the better gaming laptops under 1000 dollars if you are looking to upgrade your system these days.

At the same time, there are a handful of options that are headed shoulders above the rest of the pack – and we have outlined five of them below. 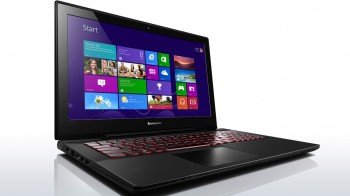 Lenovo has really begun to step up their game as far as premium level hardware is concerned, and the new y50 is the pinnacle of what they have been trying to achieve.

… you’re definitely going to be getting your money’s worth out of this system.

On top of all of those “raw specifications”, you’re also going to get a backlit keyboard that is a dream to use, and active trackpad that might not be able to replace a gaming mouse (but comes pretty close), and a high-resolution touchscreen that looks fantastic but also offers incredible performance as well.

This is definitely one of the best gaming laptops money can buy at any price point, but especially when you’re talking about sub $1000 options. 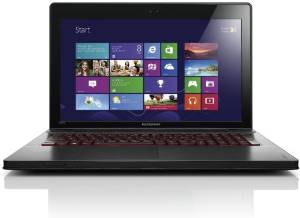 Before the Lenovo y50 exploded onto the scene there was the Lenovo y510p, and incredibly capable 15.6 inch laptop that used to be top of the gaming laptops under 1000 dollars class.

This particular set up packed an Intel Core i7 2.4 GHz processor, 1 TB hard drive, 8 GB of DDR3 RAM, and a 1366 x 786 high definition touchscreen display into a very attractive form factor – and it was also capable of blasting through all of the latest and greatest video game titles (and probably still is).

The real gem of this particular unit, though, would have to be the NVIDIA GeForce GT 750M 2 GB discrete graphics card that powers the entire system.

When it was first released it was the top of the class as far as mobile discrete graphics cards are concerned, and blew away even the closest AMD competitors.

Today, this particular and NVIDIA graphics card is showing a little bit of its age, but that’s to be expected. After all, we’re talking about a graphics card that is a little bit more than two years of old, which in the tech world may as well be 1 million years old.

It didn’t have as a gorgeous or as lustrous a screen as the new y50 does, but it certainly wasn’t a slouch, either.

For years and years now, Asus has been responsible for manufacturing some very impressive pieces of hardware – a lot of them for the gaming community, in specific.

However, for any different number of reasons, their laptops have been flying under the radar, but that’s just not going to happen anymore with the new Asus ROG gaming laptop.

Designed and developed as a powerhouse unit that blows most of the competition away (especially as far as gaming laptops under 1000 dollars are concerned), this unit is a freak of nature will deliver you elite level performance with zero compromises across the board.

The brand-new Haswell Intel Core i7 2.5 GHz (capable of 3.5 GHz with turbo) processor

This is not the underpowered gaming laptop that you are used to coming across.

Absolutely everything about this amazing laptop is tripping power and performance, but the people at Asus have decided to go with a surprisingly simple and minimalist design factor to hide all of that horsepower.

Nevertheless, it looks fantastic – and it’s an absolute burner as far as playing next generation video games are concerned. More about this gaming laptop we wrote in our “best cheap gaming laptop” article… 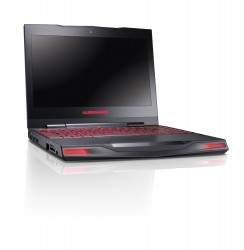 Though this Alienware laptop is a little bit older than some of the other options on this list, you can’t ever count out this company when it comes to top-of-the-line gaming laptop experiences.

One of the most impressive 11 inch gaming computers you’re going to find (and perfect for a system that leverages external monitors), the Alienware M11x gaming laptop is nothing short of groundbreaking.

It offers a Sandy Bridge Intel Core i5 3.1 GHz processor (a couple of generations old now, but still stolid), 6 GB of DDR3 RAM, a 500 GB 5400 RPM standard hard drive, and advanced Intel HD graphics that are capable of playing most of the latest AAA gaming releases.

Sure, it’s not exactly as “bleeding edge” as some of the other gaming laptops for under $1000 offered on this list, but that doesn’t mean that it’s not up to the task.

You’ll definitely be impressed by the power and performance (not to mention the build quality) that this laptop brings to the table, and when you combine that with its ridiculously compact footprint it’s really something to behold. 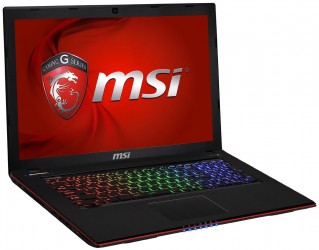 Not exactly a brand name that would grab a lot of attention outside of gaming circles, MSI has regularly produced elite level gaming hardware solutions that rank right at the top of the industry.

Their latest entry into the world of gaming laptops, the MSI GE 70 Apache, is an absolute powerhouse from top to bottom.

Packed with bleeding edge technology (including the latest Intel Core i5 processor running at 3.2 GHz), you are going to be absolutely blown away by all of the performance that you’ll have at your fingertips when you go with this 17.3 inch laptop.

As mentioned above, the central nervous system of this new MSI laptop is one of the brand-new Haswell Intel Core processors, and because it is pumping out at 3.2 GHz you’ll never have to worry about overclocking it to squeeze extra performance from the chipset – which means you won’t have to deal with any extra heat issues at all.

On top of that, it comes right out of the box with 8 GB of DRR3L RAM specifically tuned for gaming applications, and can be upgraded to 16 GB with zero headache or hassle.

Not only that, but this 17.3 inch unit also offers stunning HD quality on the monitor, all thanks to a brand-new and video GeForce GTX 860M 2 GB graphics card – a flagship discrete graphics card option that is as close to the bleeding edge as humanly possible.

Final Verdict for these gaming laptops under 1000 dollars

Actually we put some laptops on this “gaming laptops under 1000 list” who are a little more expensive, but $100 more it’s not a lot if you will with this laptop get a long-term solution to your favorite games. Lenovo Y50, Asus ROG and MSI GE70 Apache are very good solutions. Go for it!!!

However, it would be a bad idea to choose any laptop at this price point that wasn’t included in the list above.

They are just that good!