Best TV On The Market For Ultimate Experiance

Hello everyone, today we decided to review 6 best televisions in our opinion and choose for you the best tv on the market…

Smart TV market is increasing day by day, and each manufacturer for its Smart TVs offer a greater number of applications. This apps allows us to interact with the social networks, access to various video streaming services, media player for viewing audio and video materials. Each of those manufacturers wants their tv to be pronounced as best tv on the market.

Smart TV is not so new concept in the world of television and technology, so now when there are a large number of Smart Tv manufacturers it’s time to say which are the 6 best Smart TV on the market today. 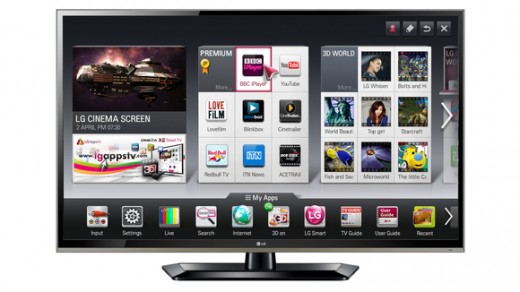 LG has received a large number of fans due to its simple user interface and design that combines a variety of video sources in a simple way on the home screen and that is for sure one of the reasons why we recommend him as one of the best tv on the market.

For many users, the LG Smart TV, for sure is that the user interface has no points in common with applications as there are with the Internet. Software SmartShare displays any video, image or audio MP3 file that is stored on the network on one of the computers, NAS devices, USB memory or HDD directly on the home screens.

This is precisely what makes LG Smart TV interface simple and eye-catching by most users of LG Smart TV. LG also offers to its customers the Plex app . Plex applications whose fans are more advanced and demanding users offers a lot more , but SmartShare application is made ​​up of a decent number of applications plus the added 3D World .

The main disadvantage of these applications such as Netflix , BBC iPlayer , Lovefilm etc is that they are only available for certain countries where these services are available , such as UK, USA , etc. Of course, this problem can be overcome by using a VPN account.

In SmartWolrd Store for apps , users can download the Skype application , but to be able to use it must buy additional LG AN – VC400 kit with a camera and microphone. 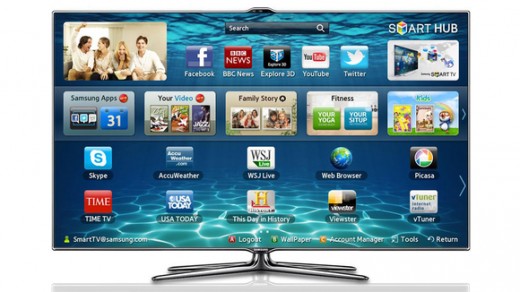 A huge amount of applications is certainly a winning combination and asset number one why we consider this one as best tv on the market, though Samsung Smart Hub looks quite smooth, so we can for sure say perfectly. Smart Hub has an extra large support for many streaming services such as the latest KnowHow, Curzon On Demand and those known as Lovefilm, Netflix and PictureBox.

Samsung can be proud of some applications that exist only on Samsung Smart TVs namely Spotify, ITV Player, Curzon, Digital Theatre, Yabazam 3D, S [edition], a variety of fitness applications and simple games.

Although Samsung Smart Hub Smart TV environment has some of the exclusive applications on their platform, it still does not take first place as best tv on the market, the logical question to be asked why this is so? The answer is simple, and that is that the Samsung Smart Hub interface can not be customized by the user’s needs as is the case with LG Smart TV interface.

With Samsung Smart Hub interface you are forced to use the offered fixed solution that permeates through three items: Family Story, Fitness and Kids which is located in the center.

Of course some of the top models from Samsung offers, such as the S8000 series models, offer more choices and options like an integrated camera and microphone, motion control through which you can play the very popular Angry Bird game directly on your TV. 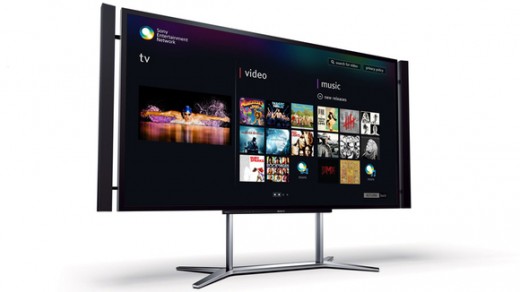 Sony has two types of Smart TVs, which are Bravia TV sets with SEN ( Sony Entertainment Network ) software and Sony Google TV receiver and media player . Many information indicate  that Sony might soon implement Google TV on some of the new top models and that for sure should boosts his chances for best tv on the market.

Unlike many Smart TV platform , SEN working on a completely different principle by combining Sony Music On Demand , Video On Demand and PlayMemories cloud -based technology developed by Sony .

Also on Sony Bravia TVs are present and standard Smart TV applications such as BBC iPlayer , BBC News and BBC Sport. Also and  many other applications such as Netflix , Lovefilm , YouTube , Sky News , Sony Entertainment Television Newtork , which lists some of the older episodes of this production house. Eurosport application , the Sony 3D panel , Skype ( you need to buy an additional camera with microphone for some of the models without camera and microphone ) , Facebook and Twitter .

Although from the very beginning , SEN was not very well accepted by users , Sony has been since year 2011. made ​​great efforts to improve the image of its Smart TV platform and some progress in this direction are noticeable. Because of that improvement Bravia is contender for the best tv on the market title . 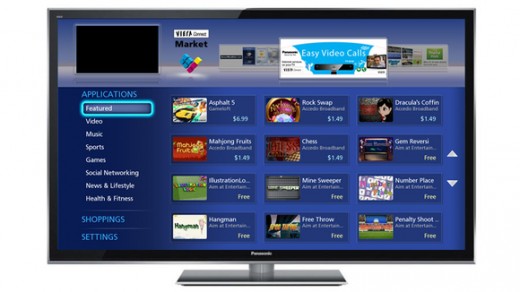 When it comes to Panasonic Smart TV platform , which is named Viera Connect , if we calculate only ease of use , this platform would be hard to beat. Just when the TV is on by  pressing the button you will call the Smart TV menu to help you get ahead of Viera Connect interface . That is the biggest reason to consider Panasonic as best tv on the market.

Viera Connect app store offers its customers the option of purchasing additional games and applications that are paid , and also through the store you can order additional 3D glasses or a camera with a microphone so that you were able to use Skype or other applications that require it . 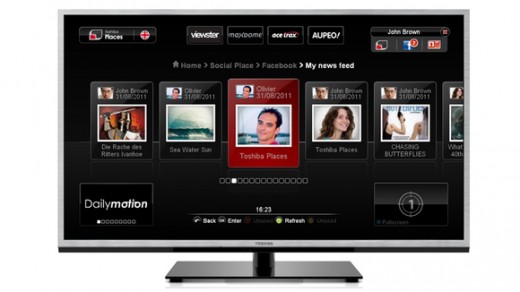 Toshiba Places, Toshiba ‘s attempt to provide access to basic applications and social networks within the Social TV phenomenon. Places is designed to be accessible to the family , but also to everyone in the family offer something interesting . The idea in itself does not sound interesting considering that rarely you watch TV alone , and therefore the use of personal login information for Facebook and Twitter on your TV that is used by other folks is not the best solution from Toshiba .

Within Toshiba Places Smart TV platform is available and Video Place, Music Place , but what is worrying is the small number of applications available in each section . From TV application is only available BBC iPlayer that can not be used if you live outside the UK or if you are resourceful and use VPN with UK IP address then you will enjoy the BBC iPlayer .

Social Place includes Facebook , Twitter and Flickr applications . All in all the Toshiba Smart TV platform is still in its infancy , and certainly that will over time be able to offer more to its customers, so for now this TV still can’t compete with other smart TVs for best tv on the market title. 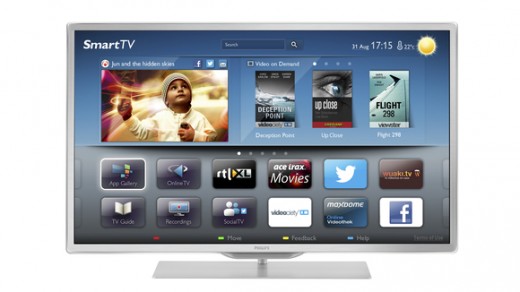 The first interesting thing when it comes to Philips Smart TV platform is a window that is located in the upper left part of the Smart TV interface, which when you are in the Smart TV section displays pictures from a TV channel or LiveTV service you have watched previously.

Also above are Buttons linked with social networks that offer you quick access if you want to update your status on Facebook or send a new tweet. Philips has created a fantastic TV interface, but unfortunately this is where all good things ends, considering that the Smart TV platform has a very small number of applications available, because, other than the standard, such as Twitter, Facebook, YouTube, BBC iPlayer, Picasa, iConcerts application, there is no additional number of other applications. But there is another reason to vote for Philips as best tv on the market.

Philips earlier this year announced the arrival of a large number of applications on its Smart TV platform, and one of the first applications that is expected is the Blinkbox, which allows streaming movies directly to your TV. If not for other reasons this option is enough that we consider Phillips smart TV as best tv on the market.

We hope you will find the one that suits you best… Get your TV today: