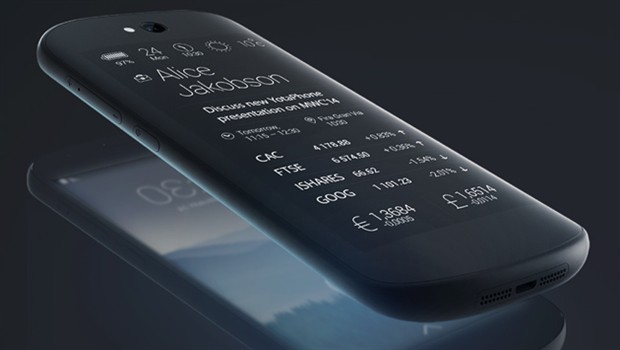 The second generation of smartphone YotaPhone will arrive, seems faster than expected. The prototype is already in development and offers significant improvements compared to the first model.

Thus, for example, the rear panel diagonal is 4.7 inches (11.9 centimeters) with E-Inkom touch, which means you’ll be able to do a lot more (calls, text messages, e-mails, surf, tweet) and not to reach for a standard screen that is always hungry for power.

And the second screen is upgraded, at a slightly higher AMOLED, diagonal five inches (12.7 centimeters), with 1,080 p.

The processor of YotaPhone is now Snapdragon quad, series 800 (instead of 600) on 2.3 GHz, and the device is thinner – 8.9 millimeters. The device can be recharged wirelessly, and also supports NFC.

Unfortunately, it seems that it will not be possible to completely run Android on E-ink screen, which is a shame because there are a bunch of frequently used applications that could be put to good use in an environment that consumes little energy.

Yota Devices opened its SDK to everyone, which for developers should make the job easier and thus allow customization of code, so more could be done with the rear screen.

And talks with Google are still in progress, as well as Amazon and Barnes & Noble, and all options are opened, writes Engadget.