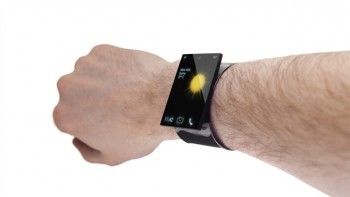 HTC is preparing their own smartwatch. Moreover, rumors speak of three different wearable gadgets that should be presented to the private examinations and during the Mobile World Congress in Barcelona.

Wearable gadgets are a new category of gadget, still far from its maturity – which does not mean that the manufacturers do not want to try themselves in this segment. Sources familiar to Bloomberg report that the company will introduce new products – but only to  mobile operators, during the Mobile World Congress.

One of the devices is a ‘typical’ smartwatch, which was also presented by Sony, Samsung, Qualcomm and others. The second one is the  bracelet for music control, and the third is the ‘Google Now’ wristwatch. The company should present after the reaction at least one of these as a commercial product in the second half of the year.

Experts believe that the HTC quickly decided on this segment due to poor sales of its smartphones. Many analysts believe that the future lies in wearable gadgets, which will serve with tablet PCs. However, the technology is still in its infancy, so such gadgets are nothing more than what already offers a device that is for some time there in the market – Pebble wristwatch.

Samsung is so due to the bad reaction to the Galaxy Gear smartwatch ready to reveal his refined successor already during the MWC in Barcelona, but it is certain that the era of wearable gadgets like that is yet to arrive.

However we already have some great wearable gadgets such as LG fitness gadgets which is very useful when we are doing some kind of exercise. We think that for sure future is lying in wearable gadgets and it’s only matter of time when they will become our everyday needs.