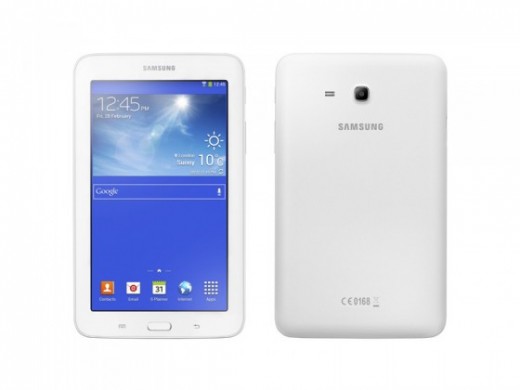 A cheaper version of the Galaxy Tab Android 3 tablet could be alluring option instead of super (expensive) Pro tablet that Samsung has recently revealed. It is a smaller and more portable device than the model Tab 3.

Samsung Galaxy Tab 3 Lite is powered by dual-core chip clocked at 1.2 GHz working with a gigabyte of RAM and 8GB of storage space (with microSD expandability). 7-inch screen has modest resolution of 1024 × 600, and the rear camera is sufficient only for … well, with two megapixels, today is hardly enough for anything else except for video chats. Inside the casing  is also and battery of 3600mAh which is able to withstand approximately eight hours of video playback.

8-gigabyte Samsung Galaxy Tab 3 Lite is price located on two hundred dollars, and this unit should be even cheaper – although the official price information is still missing. Either way, a wide variety of tablets from this company will become even wider, with considering that the highest segment is occupied by Android devices, which cost more than many Ultrabook computers.