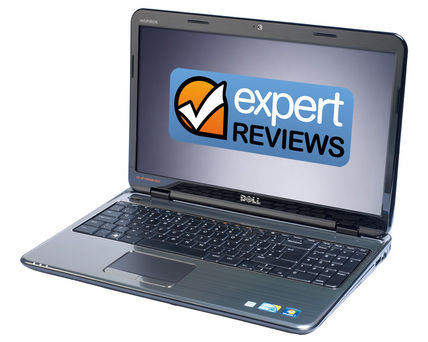 While many of the budget systems these days are being produced with low power, Dell and Toshiba have elected to continue down their route of producing high speed high power products at a low competitive price. This gives the two laptops the Dell Inspiron 15, and the Toshiba Satellite C55 a true edge in the current market with a robust, unique feel.

Saying this, I will be doing a product vs product review on the two budget laptops so you can have a clear insight on which is the better system for you.

Statistically, both of these laptops rank at par with each other in terms of their performance specs.

The Intel Celeron 1037U is a relatively old processor and at a speed of 1.80GHz it can allow a laptop like the Toshiba Satellite to run smoothly and efficiently, making it fit for its purpose. The processor is perfect for someone who mainly uses a computer for internet, spreadsheets, and mild gaming. The 4 GB DDR3 internal memory that this laptop acquires is more than enough to achieve most tasks you can do on a computer so no more is needed, especially on a budget system. The Toshiba Satellite C55 also features Intel HD Graphics; this is a major downfall for low budget systems as they tend to feature lower end integrated graphics cards which are not suitable in various occasions.

The Intel Pentium Dual Core 2127U is a slightly faster processor than the Celeron as it can run at speeds of 1.90GHz and also features a 2M Cache. This is shown well when actually using the system as the cache allows pages to be opened at a faster rate. This processor is also perfect for someone who uses internet, spreadsheets, and also play games which are not too resource intensive. The Dell Inspiron 15 features a slightly snazzier Intel GMA HD graphics card (Graphics Media Accelerator). While this graphics card is also at the lower end of the products made by Intel it is still respectively better than the Intel HD Graphics the Toshiba laptop includes.

Overall, I think that the Dell Inspiron 15 is the better laptop for performance as it features a higher end processor. When in a product vs product situation both of the laptops still acquire good performance specs for the lower than usual price. Also the Dell laptop has a better graphics card in comparison.

These two laptops have a few differences in how portable they are.

The Toshiba Satellite C55 can survive a nice 5 hours until it needs to be juiced up again; this is pretty standard for a budget laptop. However, there are only 3 USB ports on this laptop which can be enough for most people, but some people do require a laptop with more than 3 ports. The Toshiba weighs in at a lightweight being only 5.4lbs which is reasonable for a laptop, this is great for portability as the light 5.4lbs can be transported easily in a bag.

Dell have oddly gone with making a laptop which can only last for 4  short hours until it needs to be charged again, this is quite bad for any laptop and would be a huge problem portability wise if you wanted to take the laptop on holiday etc. To counter this, Dell has wisely decided to add 6 USB ports to the system in total, 4 normal USB’s and 2 USB 3.0’s. This is a strong move by Dell as it allows more of a range being able to also use 3.0 ports and also having 3 more ports in total. Another bad point about this laptop is that it weighs more than it’s competitor at 6lbs. This could again be a problem for people who like to travel as the 6lbs may be too heavy to carry along with them, so this does not help for portability at all.

I conclude by saying that the Toshiba Satellite C55 is the better laptop in terms of portability and if you like to travel a lot I advise that you buy the Toshiba system. Although the Dell Inspiron 15 is not very portable, it will still work great if you like to use laptops in the comfort of your own home.

The final product vs product conclusion

As a whole, going with statistics, the Toshiba Satellite C55-A5300 has better portability and features than the Dell Inspiron model so would be the overall winner of the comparison. The products are extremely similar in many ways so it was very difficult to distinguish the better laptop in product vs product style.

However, you could probably find that the Dell Inspiron 15 is the better laptop of the two, it is all down to how you would use the laptop. If you are a person who does not need as much power and needs a laptop on the move, then the Toshiba Satellite is definitely for you. If you are a person who needs a high powered fast laptop which cuts back on a few minor features and a few portability issues then the Dell Inspiron is definitely the laptop which you should buy.