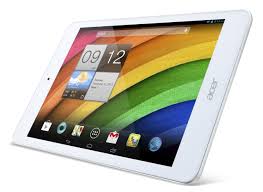 We have another tablet comparison, this time it’s Acer A1-830 vs iPad Mini. We are not so sure if there is any need to compare these two tablets but however we made a small comparison to see what this new Acer A1-830 tablet offers except he looks similar to iPad Mini.

When you like the smaller iPad (Mini), yet wish it just cost half the price and ran Android, Acer has new tablet just for you. On Friday the organization presented the A1-830, a 7.9-inch Android tablet that looks similar to iPad Mini, however the specs aren’t exactly the same, however it just costs $149.

The main thing you perceive about the A1-830 is that it looks a great deal like the iPad Mini. It has an aluminum figure and a white bezel. It additionally offers the same size of display, 7.9-inch  and 4:3 aspect ratio.

A1-830 is closer to the definitive iPad regarding specifications, as opposed to the new retina display model. The 7.9-inch IPS LCD just characteristics 1024 x 768 pixel determination, which is really low right now. The $199 Nexus 7, by correlation, emphasizes a much more keen 7-creep, 1280 x 800 display (which additionally qualifies as a “retina showcase,” even without Apple’s marking). Furthermore the A1-830 is controlled by a 1.6ghz Intel Atom Z2560 (Clover Trail+) processor, instead of a more up to date Bay Trail chip. While the tablet runs Android, it goes with Android 4.2.2 (Jelly Bean), which puts it a couple of eras behind the most recent ones.

With this model goes 1080p rear camera and 720p front-facing camera (Acer doesn’t define the megapixels), you will also get dual rear speakers, 16gb of space and a microsd card slot for further development. In general, however, this doesn’t appear like a stron competitor to the Nexus 7, whit whom you will get improved both, and hardware and software for only extra $50. Unless you need a tablet that only looks like iPad Mini, your cash will probably be better used somewhere else.

Conclusion: It’s better to spend some extra $$$ and get original Ipad Mini than tablet that just looks like Mini…