Review of top 10 illegally downloaded movies in 2013 made and the team from ‘Torrent Freak’. They released details about movies which were downloaded the most in year behind us. According to them, the most downloadable movie was “Hobbit – unexpected journey”.

Rest of the chart with most illegally downloaded movies in 2013 looks like this: 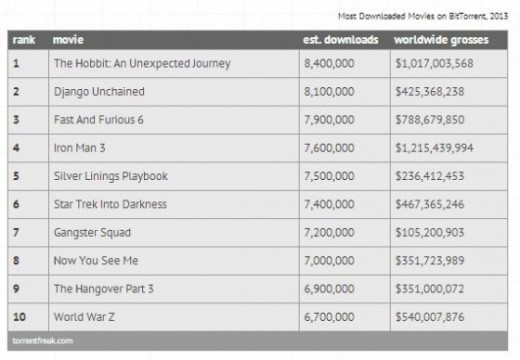