Most Popular Windows Phone is… 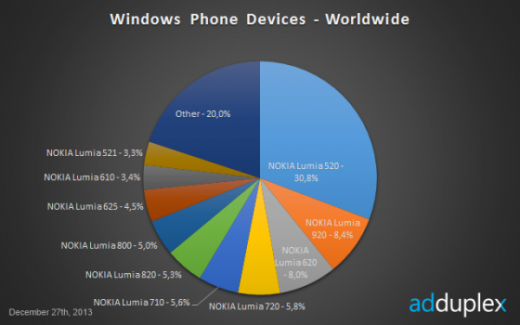 Mobile industry markets analysts, specifically Windows Phone devices, AdDuplex company, today announced the most recent data, about the share of mobile devices under Microsoft’s mobile platform. The point is more – or less unchanged since the cheap Nokia Lumia 520 is still the best-selling and most popular windows phone in this segment of the industry.

Globally Lumia 520 currently holds a 30.8 percent stake, looking at all available Widows Phone mobiles. Second place holds Nokia Lumia 920 with a share of 8.4 percent, and the third is Lumia 620 with a share of eight percent.