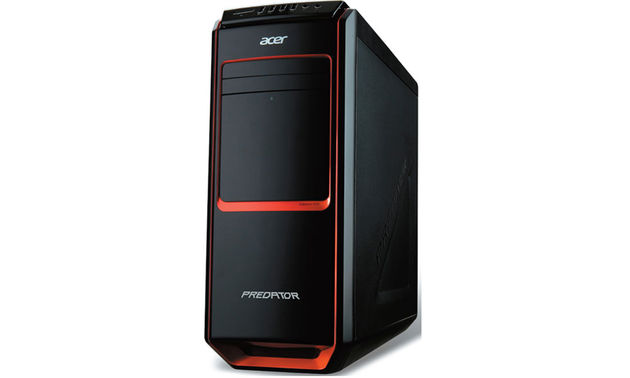 Best gaming PC – desktop under 1000 dollars, and where to buy it? Computer games are not as challenging and  difficult to play as they once were, but they’re still one of the most demanding „programs“ your PC will run, starting with the CPU and the graphics card as the most important components.Some games require good PC’s, and some much better PC’s. An inexpensive desktop or laptop still has little chance of running the latest-and-greatest, PC gamers have to ask themselves; how much can I, and should I, spend?

Best gaming PC under 1000 dollars and where to buy it? Let’s see.

For many the $1000 is a PC budget limit. Computers under this are generally considered affordable, even “mainstream,” while those exceeding it are looked at as luxurious items. The average selling price for a PC has meandered between $500 and $600 for the last couple of  years, so even $1000 is a stretch for most buyers. But can you really buy decent gaming PC for less than a grand?

If you want maximum gaming performance for your budget, a desktop is the way to go. Desktops have always been a gamers choice and always will be for as long as desktops exist as a category. Gamers will also be happy to know that there are a lot of options with discrete graphics cards for less than $1,000.

So what will your money buy you? The Acer Predator G3 is a good example of best gaming PC under 1000 dollars. A basic version of this system, with an Nvidia GT 640 video card and Core i7-4770, can be had for $829.99. A system like this can generally be expected to play modern games at 1080p, though only at medium detail, and some very demanding games (like Civilization V and Metro: Last Light) probably won’t hit 60 frames-per-second. Other choices include the ASUS M51, Dell XPS 8700 and Alienware X51.

There’s no question that a reasonably capable gaming desktop can be yours for less than a grand, but we also should ask if spending a bit more results in even better value. The answer seems to depend on how much control you have over the build. Acer offers a better G3, for example, with a GTX 660 graphics card. But it also loads up on 32GB of RAM and more storage, upgrades that are unnecessary. As a result,the high-end G3 sells for around $1,400, which is still a good overall value, but way over budget.

Alienware’s X51, on the other hand, can be upgraded from an Nvidia GTX 645 to a GTX 670 without altering other components, so the price leaps by $350 for a total of $1,199. That’s a better deal because you only pay for upgrades that really matter.

While you can’t buy a desktop that guarantees 60 FPS at maximum detail in every game, you can play every game on the market with a $1,000 rig. Going beyond that price point will improve the performance and allow for more visual detail.

In the desktop market, spending around a grand is almost guaranteed to buy a system with some form of discrete video card. Notebooks are a different story. Many systems sell for well over $1,000 with only Intel integrated graphics, so finding an affordable option with gaming potential is difficult.

Laptops designed with gaming as their primary purpose are generally out of this budget. To find options you’ll instead have to turn to multimedia notebooks, systems that usually have a 15.6” display and come with a low-end discrete graphics card. So, for you we’ll need to find best gaming desktop under 1000 🙂

Well then, I think there isn’t the best gaming PC under 1000 dollars, but there are a lot of good ones.

While there are various caveats, pitfalls and exceptions, the general answer to this article question is a solid yes. You can buy a good gaming PC for less than $1,000 and expect it to run all modern games at 60 FPS, though you’ll sometimes have to dial detail back to medium – unless you build your own desktop.

Nicholas: Very happy with this purchase. After doing some research online and a return or two this what I finally settled on. Boots extremely fast and has no problems with multi-tasking or heavy loads and is remarkably quite. I bought this to play war thunder and it handles it with easy, often reaching 50-60 fps on maximum graphics. (5/5)
John: Purchased this as a gift for my brother but he decided he needed a gaming laptop, so this became MY machine! Couldn’t be happier, really. This PC is a stellar value – nowhere can you get a Core i7 processor combined with GTX 760 graphics for less than a grand (as of August 2014) from a brand name PC maker. (5/5)
Booboo: I absolutely love this computer. I was debating on building my own computer, or just ordering one premade to save time. I found this one, and wasnt too sure since it was an Acer. My last few were Asus, and had terrible experience with the company and the product. (5/5)

Best gaming PC - desktop under 1000 dollars, and where to buy it? Computer games are not as challenging and  difficult to play as they once were, but they're still one of the most demanding „programs“ your PC will run, starting with the CPU and the graphics card as the most important components.Some games require good PC's, and some much better PC's. An inexpensive desktop or laptop still has little chance of running the latest-and-greatest, PC gamers have to ask themselves; how much can I, and should I, spend? Best gaming PC under 1000 dollars and where to buy it? Let's&hellip;

Summary : The Predator G Series is geared for extreme gaming. The belligerent black and orange colors show it's ready to rage. And so are you, armed with the brawn of 4th Generation Intel® Core™ i7 processor, 12GB of DDR3 Memory, and frame-dominating discrete graphics.